An Overview of the State of Robotics

As science fiction writers first conceived robots, they were humanoid machines that performed services in response to spoken directions. This is the idea of R.U.R. by Čapek (which introduced the word "robot" to the world), as well as Isaac Asimov's I, Robot stories. What we now call robots have gone in quite a different direction. Their form follows their function. They carry out specialized tasks and usually get their directions from a control panel or another machine.

The emergence of chatbot technology promises something closer to the golden age of science fiction, with mechanical devices that can accept plain-language input and respond in kind. It won't result in general-purpose "droids" that can do anything, though. To understand how robots will gain from the ability to communicate, we need to know the categories and use cases for existing robots. Many of them can benefit from chatbot capabilities, and each kind will need its own style of interaction.

The industry recognizes two broad categories: service robots and industrial robots. Industrial ones have existed since the 1960s. They're less like the robots of science fiction and more like an elaboration of mechanical vending machines and record players. They're programmable and controllable devices which can move in directed ways, with several degrees of freedom. An industrial robot can be fitted with one or more attachments to operate tools for a designated task.

A robot of this kind can carry out a variety of jobs, based on the sequence of directions it gets. Once its programming is set, it has very little flexibility. It may be able to stop or back off if it encounters the unexpected, such as a lack of parts to mount or an obstacle in its way. However, it can't go looking for the missing part or clear the obstruction.

Industrial robots have to be kept at a safe distance from humans since they're oblivious to their surroundings. A robot arm could swing out, hit an observer who got too close, and keep going repetitively.

This kind of robot is more amenable to traditional computer control than to conversational input. The actions they perform are specific spatial motions requiring precise descriptions. Directions include moving a certain distance and direction, rotating in three-dimensional space, and opening or closing a grasping unit.

ISO 8373 defines the standard terminology for industrial robots. To count as a robot, a device needs to be an "automatically controlled, reprogrammable, multipurpose manipulator." It needs to have at least three axes of motion.

Subclassifications of industrial robots are based on their mechanical structure, not their purpose. The main categories include:

Industrial robots perform useful actions with high precision, but service robots can perform more kinds of tasks and exercise greater flexibility. They're designed to interact with people, not just to be part of a mechanical system. ISO 8373 defines them partly by exclusion; they carry out "useful tasks for humans or equipment excluding industrial automation applications."

The classifications are less formal than for industrial robots, and the industry makes several kinds of distinctions. An important one is between professional and personal service robots. The International Federation of Robotics classifies them by service areas. IFR defines professional service robots as performing "commercial tasks"; this includes not just business activity but medical and emergency services and military uses.

Professional service robots often engage in tasks which are difficult for humans, because of conditions such as spatial access, precision, or environmental hazards. Personal service robots usually perform tasks which humans could do, reducing the effort or doing them better. A professional robot is generally run by a "professionally trained operator," while people without special skills should be able to manage personal ones.

IFR lists 61 types of service robots, 47 of them in the professional category. A partial sample of the groups of professional service types shows how broad the range of uses is. 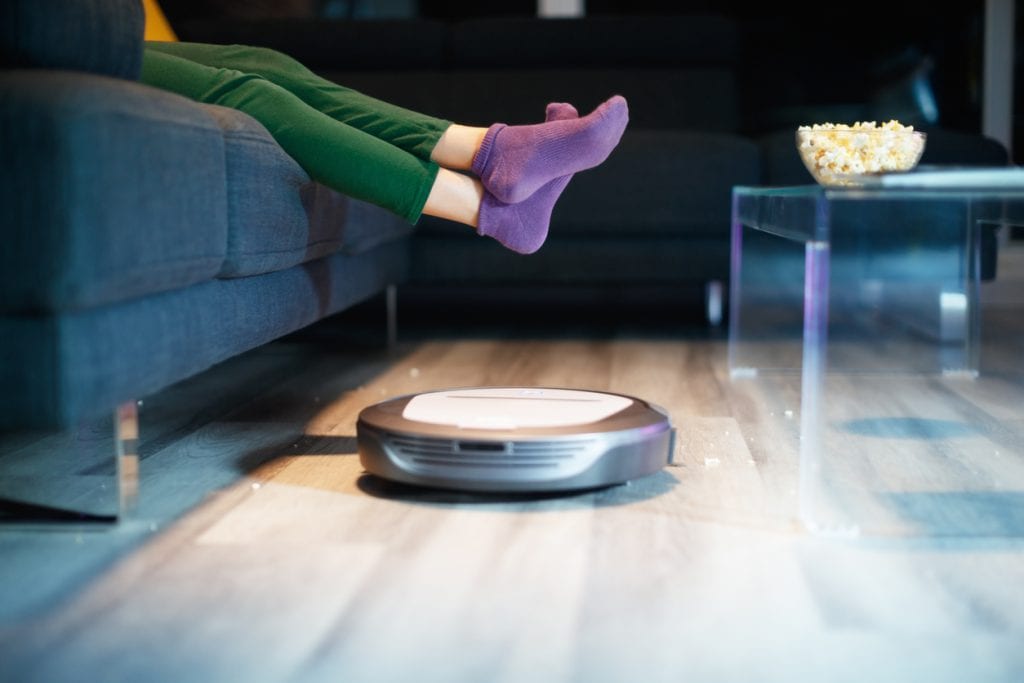 Field robotics includes uses in outdoor environments. It encompasses devices for agriculture, forestry, mining, and even space. These robots often have to travel long distances under their own power.

Cleaning robots get into any environment where cleaning is necessary, including floors, walls, pipes, and hulls. They can enter places that are hard for humans to reach, and some can climb walls.

Medical robots aid in diagnosis, surgery, rehabilitation, and other health-related activities. Powered human exoskeletons are considered a separate category, but they can let people overcome physical limitations or help in performing difficult tasks.

Rescue and security robotics lets machines aid in difficult and dangerous situations. They need to be adaptable, have good perceptual abilities, and withstand damage. This area includes fighting fires and other disasters, as well as routine surveillance operations.

Defense applications cover many possibilities, some of them still kept secret. They include drones for air, land, or underwater operations, as well as specialized tasks like mine removal. These machines have to deal with very hostile environments and avoid detection.

Other categories include applications in hotels, restaurants, library shelves, and more. The list is potentially limitless.

The benefits of natural-language communication are easy to see in many of these cases. Basic questions like "Where are you?" and "What are you doing?" provides a more natural form of interaction than a control panel offers. In some cases, the ability to give real-time instructions will be useful. The capabilities of the ship's computer on Star Trek aren't far out of reach.

The IFR list of types of personal service robots is shorter, but they can potentially come into contact with more people than their professional counterparts. Robots for the home and entertainment are already familiar to many.

Entertainment covers toy and hobby robots. Some education and research robots fall under this group. The line between entertainment and learning is often a blurred one.

Elderly and handicap assistance is the personal extension of medical robotics. It can include a performance of tasks which are routine for people without impairments, as well as devices for improving mobility, communication, and coordination.

Making these devices as simple to use as possible is essential to wide acceptance. Chatbot-style communication, either through text or the spoken language, can make them more intuitive to use and reduce the need for complicated manuals.

Another way of classifying robots is by their mobility if any. The more freely a robot can move about, the more it needs to respond to its environment and deal safely with unexpected situations. If they aren't tethered to their operators, they need to communicate about their situation.

Industrial robots are generally immobile. The same applies to some kinds of service robots. Some cleaning and medical applications don't require the robot to travel, or the operator carries the device wherever it will be used.

Some service robots are mobile-only within strictly controlled environments. A robot vacuum cleaner is typically programmed to operate in a fixed, easily navigated area. An entertainment robot may be able to move around a room but not to deal with stairs or outdoor environments.

A robot may be designed to move through difficult spaces, such as a burning building or the surface of Mars. This kind is built for endurance, and it often trades off speed for the ability to negotiate hazards and irregular features.

Flying robots, also known as drones, mostly carry out observation and sensing. Underwater robots can operate in places which are difficult for humans to reach, mapping the sea floor and inspecting pipelines.

Walking, bipedal robots are still on the outer fringes of research. Human balance involves a lot of joints and feedback mechanisms, and it's difficult to emulate in a machine. For the present, specialized forms of mobility are more practical than walking droids. Except where the aim is to make them anthropomorphic, the human model of walking may never be ideal for robots.

The range of devices that go under the name of "robot" is huge. The defining points which everyone agrees on are a significant degree of autonomy and multiple degrees of freedom of physical movement.

Industrial robots have been around for a long time, and they've revolutionized factories, but they seem like yesterday's technology compared to service robots. These machines, with flexible capabilities from artificial intelligence and machine perception, have found many niches in professional and personal areas.

As robotics expands into more areas of human activity, easy communication with them is growing ever more important. The chatbot approach makes sense for many robotic applications. The robots of the future won't be quite what Isaac Asimov and George Lucas showed us, but they will be just as fascinating. Contact us to learn how we're adding conversational abilities to robots.